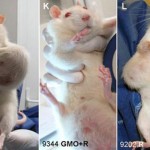 The financial collapse of the Eurozone may be upon us. This Wednesday, September 12, the Federal Constitutional Court of Germany must decide whether it is legal for Germany to participate in the financial bailouts of other nations in the Eurozone.

Here’s why this matters:

A NO decision means a rapid financial collapse of the Eurozone

If Germany votes NO, then Germany stops bailing out Greece, Spain and other nations on the brink of financial disaster. Sometime in the coming days, weeks or, in the best case, a few months, European nations start collapsing, complete with bank holidays, riots in the streets and almost certainly martial law.

This collapse will, at first, cause a flight of capital to the USA, making the U.S. look stronger in the short term, but given how many U.S. banks are invested in European financial instruments (derivatives), the U.S. banking collapse won’t be far behind.

A YES decision means runaway hyperinflation across the Eurozon

If the German court votes YES to the continued financial bailouts, then Germany must crank up the printing presses and start creating money at such a rapid pace that hyperinflation becomes almost inevitable. Literally trillions of Euros would have to be (electronically) printed in Germany, then transferred off to other countries like Italy, Spain and Greece, where banksters and governments have spent themselves beyond the point of collapse and are in desperate need of bailouts.

In this scenario, German citizens would be bailing out governments all across Europe… and that’s not exactly a happy idea among the Germans who are working for a living and thereby having their wealth stolen away by the state through endless money creation.

The upshot of this is that either decision spells financial collapse for the Eurozone. The NO decision means a rapid economic implosion; the YES decision means hyperinflation spiraling out of control.

Why the Euro crisis will send a financial tidal wave headed toward U.S. shores

U.S. banks have heavy exposure in European debt networks. When the Euro implodes, the ripple effect will very rapidly cause catastrophic debt failures of many of the top U.S. banks — the big banks with names you know and (foolishly) trust.

We are talking about such a massive exposure that when the stuff hits the fan, U.S. banks will be forced to declare bank holidays.

A bank holiday, for those who may not know, is when the banks close their doors and announce, “You can’t get your money.” The term “holiday” was chosen as a kind of Orwellian linguistic trick to make it sound nice, if not downright comforting. In fact, it’s a bank seizure of all your deposits and investment funds.

This bank holiday may also result in the following devastating effects across the U.S. economy:

You don’t have to be a genius to figure out what this means. Within a matter of days, we’re looking at riots in the streets, widespread business bankruptcies, and the inevitable Martial Law, complete with secret arrests, NDAA-authorized killings of American citizens, and the roll out of the government’s 1.4 billion rounds of hollow point ammunition to be used against the American people (http://www.naturalnews.com/036847_ammo_purchases_government_stockpili…).

The global debt meltdown is now impossible to reverse

It’s not hard to see the writing on the wall with all this. The global debt meltdown that began in the Fall of 2008 is now reaching a point of criticality. Once the collapse begins, it will be impossible to reverse until it “hits bottom.” And that bottom could be a very deep hole.

I’m not an investment advisor, so I can’t give you financial advice. But I can tell you what I believe, which is that anyone who has money in banks like Chase, Wells Fargo, Citibank and Bank of America is likely to lose a significant portion of those deposits in the coming debt meltdown.

In case you’re keeping track of the numbers, the U.S. government is now $16 trillion in debt, with $4 trillion of that being racked up under President Obama. (That’s a trillion bucks a year, yeah, I know.)

This level of runaway debt spending is, as any honest economist will tell you, utterly unsustainable. That means it must end, and since nobody in Washington has the courage these days to end it responsibly by cutting government spending and paying down the debt, it must therefore end catastrophically.

The collapse could happen overnight, without warning

This global debt meltdown could literally happen overnight. You wake up one morning and all your bank accounts are frozen. Credit cards don’t work. Checks don’t work. ATMs don’t work. You can’t even make a payment on your home, which of course gives the banks their justification to come seize your home and throw you out on the street. (That’s part of their plan, of course.)

Opinions differ widely on exactly when this meltdown is going to take place. Brilliant investment strategist Max Keiser says the global meltdown will occur before April of 2013, and he’s also on the record saying the U.S. government is going to “fire up the incinerators.” That’s to deal with the hoards of hungry, angry protesters who have no jobs, no savings and suddenly no welfare money to spend, either.

Whether you believe that apocalyptic vision or not, even in the most optimistic case, the debt collapse is inevitable. The laws of mathematics cannot be altered by merely hoping so. “Hope and change” doesn’t actually work. You have to have REALITY on your side. Responsible spending. The federal government is the most irresponsible organization on the planet, as it is shoving us all into a financial catastrophe which will have an immense cost in human suffering and death, not to mention loss of freedoms.

It is difficult to imagine an “orderly” collapse. Hence the need for Martial Law, over a billion rounds of hollow point bullets purchased by the government, and so on. Did you really think all the 1.4 billion rounds of ammunition were just for “training purposes” as claimed by the mainstream media? C’mon. Stop being so naive. They’re for deployment against the people when the collapse comes, got it?

The government is also working on creepy robotic land drones that can march around the cities with infrared cameras and shoot mounted weapons at selected human targets. You can see the video yourself at:
http://spectrum.ieee.org/automaton/robotics/military-robots/latest-ls…
Or click PLAY to watch it here:

This is not science fiction. It’s a DARPA-funded robotic army initiative. They already have the robots playing a game they call “follow the leader” but which is actually “pursue the human prey.”

The U.S. military is also about to deploy a new wave of “Kamikazee drones” that carry an explosive payload and fly directly into their targets, setting off a massive detonation. This is reported in WIRED (http://www.wired.com/dangerroom/2012/09/suicidal-drone-6-miles-away/) which says:

The “Lethal Miniature Aerial Munition System” — It’s for when the Army needs someone dead from up to six miles away in 30 minutes or less.

All freedom-loving Americans need to get prepared to not just survive the coming collapse, but also to defend yourself against an army of military robots unleashed against the American people. That’s the ultimate dream of the global controllers, of course: To deploy an army of mindless robots that won’t question orders when directed to open fire on protesters.

By the way, if you REALLY want to see what’s coming — and you can stomach it — watch this mind-blowing trailer for a film project called “Gray State.” WARNING: Extremely disturbing images, but probably quite accurate, too: