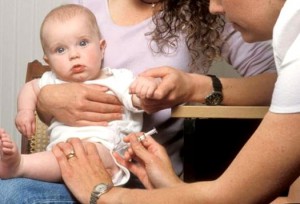 Cases of debilitating illnesses, soft-kill side-effects and even instant deaths as a result of vaccinations across the world are skyrocketing as the cover-up of deadly inoculations implodes and more people than ever become suspicious about what they are being injected with by health authorities who have proven they cannot be trusted.

The implosion of the vaccine cover-up is sure to discourage more parents from vaccinating their children in the coming months, with the swine flu shot now being combined with the regular seasonal flu jab. A recent Rasmussen poll found that 52 per cent of Americans were concerned about the safety of vaccines as we approach the start of school and college terms, where many children and teenagers will be “required” to take shots before they can attend.

A global revolt against dangerous vaccines is brewing following a series of cases where children have been killed as a direct result of inoculations.

A measles vaccination program in India was halted after four children died almost immediately after receiving the shot. “Four children died within minutes of receiving a vaccine for measles followed by drops of Vitamin A solution on Saturday,” reports MedGuru.

Indian newspaper reports carried eyewitness accounts of what happened. “The four children were reported to have fainted soon after they were vaccinated and witnesses reported seeing the children’s eyes roll back as they began to have seizures,” reports Blitz.

Furious villagers reacted to the tragedy by going on a rampage, attacking health workers and holding government doctors hostage.

Health professionals and doctors with government ties were also blamed in Finland and Sweden after a H1N1 vaccination program was halted following a 300 per cent increase in cases of the neurological disorder narcolepsy amongst children and young people who had received the shot over the last six months.

According to Kari Lankinen, head physician of the Finnish Medicines Agency, doctors were complicit in hiding the link between the swine flu shot and narcolepsy and did so to advance their careers.

Meanwhile, concerned mothers whose daughters have been injured or killed by the Gardasil vaccine have put together a website that documents the truth about how the vaccine has killed and injured thousands of young girls since it was introduced in 2006. Thousands of teenagers have suffered adverse reactions and at least 71 have died from the vaccine since the HPV program was launched four years ago.

The global vaccine cover-up took a massive blow after it was confirmed that the 2009 swine flu outbreak was, as we predicted from the start, a contrived scam centered around making vast profits for pharmaceutical companies while endangering the health of the public.

As we reported earlier this year, Chair of the Council of Europe’s Sub-committee on Health Wolfgang Wodarg’s investigation into the 2009 swine flu outbreak found that the pandemic was a fake hoax manufactured by pharmaceutical companies in league with the WHO.

Wodarg said that governments were “threatened” by special interest groups within the pharmaceutical industry as well as the WHO to buy the vaccines and inject their populations without any reasonable scientific reason for doing so, and yet in countries like Germany and France only around 6 per cent took the vaccine despite enough being available to cover 90 per cent of the population.

Wodarg said there was “no other explanation” for what happened than the fact that the WHO worked in cahoots with the pharmaceutical industry to manufacture the panic in order to generate vast profits, agreeing with host Alex Jones that the entire farce was a hoax.

He also explained how health authorities were “already waiting for something to happen” before the pandemic started and then exploited the virus for their own purposes.

As Natural News’ Mike Adams reported, several members of the Emergency Committee expert panel that advised the World Health Organization (WHO) during the swine flu scare were receiving financial support from pharmaceutical manufacturers either during or prior to the epidemic.

Both H1N1 and seasonal flu shots have been linked with a number of different side-effects across the globe, including Guillain-Barré Syndrome as well as dystonia, a paralyzing neurological disorder.

The seasonal flu vaccine has also been linked with convulsions and fits in under-5’s.

Many batches of the swine flu vaccine included squalene and mercury amongst their ingredients, two substances that have been directly connected with the explosion of autism amongst children as well as other diseases. Individuals within government and the military were privileged to receive additive free shots that did not include these substances. German Chancellor Angela Merkel and government ministers, as well as German soldiers, were amongst those who received access to the so-called “friendly” version of the vaccine.

In order to head off legal claims for side-effects caused by the swine flu vaccination program, the U.S. government provided vaccine makers with blanket legal immunity before the shots began to be dispersed.

Citing concerns over safety, Prime Minister Donald Tusk and Health Minister Ewa Kopacz, with the broad support of the public, ensured that Poland was the only country in the world to completely reject the H1N1 vaccine.

“We are making this decision only in the interest of the Polish patient and the taxpayer,” Tusk said. “We will not take part because it’s not honest and it’s not safe for the patient.”

In a 2008 trial for a bird flu vaccine, three Polish doctors and six nurses faced criminal charges after the vaccine killed 21 homeless people who were participating in the test.

The Czech Republic rejected a swine flu vaccine produced by pharmaceutical manufacturer Baxter after the company was caught shipping vaccines contaminated with deadly live H5N1 avian flu virus to 18 countries by a lab at an Austrian branch of Baxter.

Given the routinely stated goal on behalf of mega-rich foundations that fund vaccination programs around the world, such as the Bill and Melinda Gates Foundation and the Rockefeller Foundation, to use vaccines as a way of sterilizing the planet’s population as part of the global eugenics soft-kill assault on humanity, it’s unsurprising that as more people become aware of this agenda, take-up rates of new as well as seasonal vaccines continue to decline.

As Jurriaan Maessen recently documented in his Infowars exclusive, in its 1968 yearly report, the Rockefeller Foundation acknowledged funding the development of so-called “anti-fertility vaccines” and their implementation on a mass-scale.

This program was then launched by a group that was created under auspices of the World Health Organization, World Bank and UN Population Fund entitled “Task Force on Vaccines for Fertility Regulation”. In the 1990’s, the WHO was mired in controversy after it distributed a “tetanus vaccine” to poor girls and women in the third world that was contaminated with human chorionic gonadotrophin (hCG), a hormone that induces involuntary abortion.

During a TED conference earlier this year, Bill Gates openly stated that vaccines would be used to lower the earth’s population in the name of combating climate change. The Bill and Melinda Gates Foundation is one of the major funders of vaccine research and production in the third world.

Warning that the global population was heading towards 9 billion, Gates said, “If we do a really great job on new vaccines, health care, reproductive health services (abortion), we could lower that by perhaps 10 or 15 per cent.”

Quite how an improvement in health care and vaccines that supposedly save lives would lead to a lowering in global population is an oxymoron, unless Gates was referring to vaccines that sterilize people, which is precisely the same method advocated in White House science advisor John P. Holdren’s 1977 textbook Ecoscience, which calls for a dictatorial “planetary regime” to enforce draconian measures of population reduction via all manner of oppressive techniques, including sterilization.

With people globally becoming increasingly aware of the role of vaccines in the agenda to reduce world population, the cover-up of debilitating diseases, soft kill side-effects, and instant fatalities as a result of vaccinations will continue to implode, until authorities are forced by law to implement vastly more stringent screening procedures and remove the toxic additives from vaccines that are causing these deaths and diseases.