Trilateral Commission member Mikhail Slobodovsici, a chief adviser to the Russian leadership, unwittingly provided a revealing insight into the plans of the global elite during the group’s recent meeting in Dublin Ireland, when he mistakenly told a We Are Change Ireland activist he thought was a fellow TC member that the globalists are planning a war with Iran.

According to Jim Tucker’ 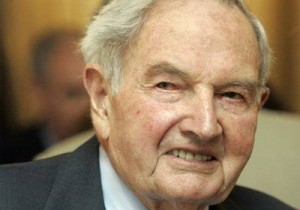 s fascinating report on the story, Slobodovsici also let slip to We Are Change Ireland’s Alan Keenan that the Trilateralists and their BIlderberg counterparts are intent on exploiting the economic crisis to finalize plans for a world government, but that this agenda is being severely hampered by so-called “nationalists” who are becoming increasingly aware of the impact that global government will have on their freedom and standards of living.

“We are deciding the future of the world,” Slobodovsici told Keenan. “We need a world government,” he said, but, referring to Iran, said “we need to get rid of them.”

Slobodovsici’s position on Iran is both alarming and surprising in equal measure, given that Russia has been generally supportive of Iran’s right to develop a peaceful nuclear fuel program and has directly helped build reactors.

Tucker also reveals that Trilateralists are crestfallen at how their plans for global government and centralization of power are being so fiercely resisted.

“It gets worse every year, not better,” one said. “Why do we even bother to meet anymore?”

“We can’t simply give up and quit,” another responded. “Bilderberg expects us to have a plan outlined.”

The fact that the elite had planned to have their world government fully operational by 2000 and are ten years overdue has been much cause for concern amongst Trilateralists, reports Tucker.

“TC boys are upset they were unable to exploit the economic crisis they helped generate by creating a world “treasury department” under the UN. They blame “rising nationalism” and ask “how those people knew about this,” according to witnesses inside the TC hotel.”

The continuing collapse of the euro threatens to derail the entire march towards global governance, a problem the elitists want to address by cranking up the printing presses in an effort to pour more money into failing states like Greece, Portugal and Spain.

The fact that a We Are Change Ireland activist was able to fool a Trilateral Commission member into spilling the beans on the globalists’ agenda is astounding. As was underscored recently by members of the Sovereign Independent who confronted David Rockefeller during the same meeting in Dublin, Trlaterals do not enjoy the same intense security that is afforded to the Bilderberg Group during their annual confab.

Bilderberg are set to convene at the Hotel Dolce Sitges near Barcelona Spain from June 4-7 for their annual meeting at which they will cover similar ground to the issues that were up for debate at the Trilateral conference in Dublin.