The Bilderberg group will convene in Sitges, Spain, a resort community 30 km from Barcelona, on June 4-7. As usual, the information is supplied by James Tucker and Daniel Estulin who revealed that this year the issues topping the agenda of the club’s meeting will be the global recession and the approaches to provoking such economic breakdowns that can help justify the establishment of a full-scale world economic governance. 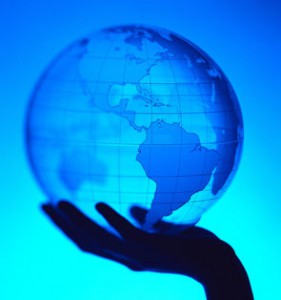 Intending to prolong the global economic downturn for at least another year, the Bilderberg group hopes to take advantage of the situation to set up a “global ministry of finance” as a part of the UN. Though the decision was actually made at the group’s meeting in Greece last year, according to Tucker the plan was torpedoed by US and European “nationalists” (for the Bilderberg group, “nationalists” is a generic term for all nationally-oriented forces espousing national sovereignty and statehood).

All year since the last meeting, representatives of the global executive management have been convincing the public across the world to embrace a “new financial order”. The idea recurred in the statements made by N. Sarkozy, G. Brown, and the freshly elected European Council President H. Van Rompuy, but – against the backdrop of a relatively harmless phase of the crisis – the activity remained limited to psychological conditioning and no practical steps have been taken. As Jacques Attali wrote quite reasonably in his After the Crisis, Europe has no right to demand a reform of the global financial architecture as long as it can’t organize the institutions that would meet its own needs.

The debt crisis in Greece that currently puts in jeopardy the entire European financial system provides a pretext for drastic measures, and both the crisis and the measures are vivid illustrations of the strategy that employs chaos to reorder the existing arrangements. The deliberately generated chaos is tightly controlled by financial institutions, major banks, and hedge funds and serves as an efficient mechanism of governance and social restructuring.

The financial attack against Greece promptly evolved into onslaught on Euro and – as it became clear – the developments correlated marginally with the structural shortcomings of the Greek economy. The intensity of the crisis that momentarily posed a threat to the economic and even political integrity of the EU cannot be explained solely by the appetites of faceless financial players. There had to be more serious reasons behind the situation, and to an extent the objectives pursued by those who shaped it can be understood from the statements made by G. Soros. He maintains that the EU owes its current difficulties to the European (especially German) politicians’ reluctance to move on, that huge problems await Europe unless it starts developing, and that a kind of a European Monetary Fund helping fight budget deficit must be created. In other words, Europeans are forced to choose between the collapse of the Eurozone and governance centralization.

Jacques Attali laid out a specific centralization plan. It is suggested that the EU countries create their own institutions to monitor the activities of financial operators. It is also proposed that they should set up a European creditor of a new formation that – while not being linked to Europe’s central and investment banks or governments – would guarantee assistance to viable local financial institutions, buy into their assets, and extend loans under specific terms. Attali further advocates the formation of a European ministry of finance that would immediately be empowered to hand out loans from the name of the EU, and the creation of a European Budget Fund with a mandate to oversee the budgets of the countries whose cumulative dept totals over 85% of the GDP. He warns that an even severer crisis should be expected otherwise.

Under the US pressure, A. Merkel finally consented to tough measures (purportedly, Sarkozy even threatened that France would revert to national currency in case she held her own), and early last May EU finance and economy ministers signed an agreement on the mechanisms of budgetary stabilization in the Euro zone, which envisaged the establishment of a Euro 60b safety pillow fund to urgently rescue countries battling with their public finances and the allocation of Euro 440b in guaranteed loans. The IMF also pledged Euro 250b in the case of need. The money is meant for sovereign debt bailouts in the Eurozone, a mission which – for the first time in its entire history – the European central bank will also undertake. Steps facilitating financial transactions were announced by central banks across the world including the US Federal Reserve which will urgently inject US dollars into the European Central Bank as well as into British and Swiss banks.

The above can be regarded as the first phase of progress towards centralized European monetary administration. It is unclear so far how exactly the “grand architects” see the world financial governance and what role they plan to give to existing financial institutions like the IMF. The options on the table range from building totally new institutions to – as, for example, suggested by Attali – using the IMF as an authorized supranational regulation center run by a G-24 board.

Importantly, once again we are witnessing the creation of mechanisms of centralized supranational control over national economies, and the crisis acts as a catalyst for a guided fast transition to tighter integration within the EU, which is necessary to build a close-knit Western bloc.

The plan imposed on Europe by elite financial circles implies countering the indebtedness problem with the help of new borrowings, which will exacerbate rather than remedy the budget problem. According to Eurostat data, in 2010 the Eurozone sovereign debt will grow from 77.7% to 83.6% of the GDP. Moreover, it is widely held in the expert community that the indebtedness figures for Greece, Portugal, and a number of other EU countries are unrealistically low and do not reflect the actual proportions of the problem.

Experts from Lombard Odier, a Swiss bank, estimate the bulk of Greek bad debt at 875% of its GDP, which means that to meet its obligations the country would have to invest – without any foreseeable returns – an amount exceeding its GDP by a factor of 8.75. The situations in Poland and Slovenia are even more alarming – in their cases the debt to GDP ratio is 15 and 11 respectively. The corresponding average over the Eurozone is 4.34, and in the US – 5.

Leaving structural problems untouched, the mitigation measures are paving the way for the supranational institutions advocated by mondialist Attali. On May 21, the EU finance ministers adopted at a meeting chaired by European Central Bank president Jean-Claude Trichet and European Council President H. Van Rompuy the German plan of much greater budgetary coordination including penalties for states that break the EU budgetary rules. The sanctions will include suspending the voting rights of repeat offenders, withholding the funding for infrastructural development, etc. It was also proposed to subject national budgets to EU screening prior to their being debated in national legislatures. A report will be prepared by June 17 – notably, the date of the EU summit – outlining a common Eurozone policy. Other, yet more ambitious projects like full control over Eurozone national budgets by a triumvirate comprising the European Commission, the European central bank, and the Euro Group are also discussed.

The downsides of the rescue packages are the worst part of the problem. Invoking the threat of financial collapse, the EU countries serially introduced extremely unpopular austerity regimes with salary and pension freezes for state employees, welfare cuts, increased retirement ages, etc. Greece was the first but not the only country affected.

The German government plans to cut spending by Euro 10b annually in 2011-2016. France abolished the annual pension for low-income families. Under the IMF pressure, Spain is launching a comprehensive reform including pension indexing freeze, pay reductions and employment cuts in the state sector, the abolition of payments to support families with recently born children, etc. Great Britain, Italy, and others are following the lead.

The consequences of the measures are hard to gauge considering that Europe is already facing serious poverty and unemployment problems (the unemployment has reached 10% of the economically active population and continues to grow, and at least 80 mln people are currently below the poverty line).

Most likely, the shadow world government – the Bilderberg group – will administer to the public the doze of social problems carefully calculated to enable the elites “to offload troubled assets”, retain control over the situation, and divert protests from the actual sources of problems that trigger them.

From Russia’s perspective, the conclusion is obvious: any deepening of its integration into the “free” Europe strengthens the financial and informational control over Russia exercised by the global elites seeking to strip it of the status of an independent geopolitical player.

Olga Chetverikova, Ph.D. in History, is Assistant Professor at Moscow State Institute of Intentional Relations of the Foreign Ministry of the Russian Federation.