Several more autocratic international voices have added their weight behind proposals to vastly empower the EU with greater authority to govern over nation states in Europe, in the wake of the sovereign debt crisis. Meanwhile, one leading commentator has described the move as “fiscal fascism”.

Proposals tabled yesterday by the European Commission, the legislative arm of the EU, would greatly diminish the ability of nation states to set their own fiscal policies, in favour of a move toward a centralized european treasury. 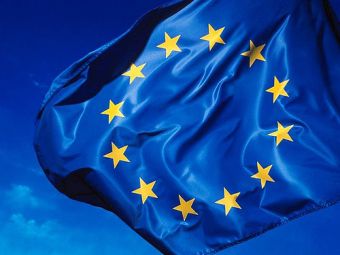 “There is still a long way to go. We have opened the gate. Now we have yet to go through it,” said Ulrike Guerot, an analyst at the European Council on Foreign Relations think-tank.

“The crisis has shown us we need to animate moves toward closer political union as well as monetary union and we need a quantitative jump.” Guerot added in comments to Reuters.

“The EU has used crises in the past to make that kind of jump and this is what is needed now.” the German researcher concluded.

“This could be the fuel injection needed to put Europe on course toward closer political and economic union, the goal that drove its founding fathers and leaders a generation ago such as Germany’s Helmut Kohl, France’s Francois Mitterrand and former European Commission President Jacques Delors.” notes Reuters writer Timothy Heritage.

The European CFR is a vehemently pro-EU outfit made up of hundreds of influential corporate and political figures, perhaps most notably including George Soros. It was initiated three years ago primarily to push for an expanded role for the EU as a global superpower. Inevitably, the group is consistently vocal when it comes to the question of greater political integration in Europe.

The European CFR is not related to the U.S. CFR, however support for mass centralization in Europe is shared. On the prospect of a central European treasury, CFR Senior Fellow Marc Levinson notes:

“Countries cannot have it both ways. Either they’re in the eurozone or they’re out. If they’re in, they have no control over their monetary policies, period. If they want to leave, fine, but then they will probably have to leave the EU as well, and to remain out of the EU and the eurozone for a very long time. And leaving the eurozone, by itself, will solve none of their economic problems.”

Other voices echoing support for sweeping integration measures include Hans Martens, chief executive of the European Policy Center think-tank in Brussels, who notes “This is the last chance to still be relevant in the world… It’s clear to everyone that Europe is becoming marginalized.”

“Will economic and financial distress finally be resolved by looking toward more integration in a closely integrated Europe, politically as well as economically?” said Volcker. “I do have my hopes, as a believer in the euro.”

As we outlined in our report yesterday, in addition to opening up supervision of countries’ national budgets to the EU, the proposals also call for the creation of a European Monetary Fund or EMF – a permanent bailout mechanism.

The new rules will apply to Britain and Denmark, even though those countries are not part of the existing European Monetary Union and have retained their own national currencies.

London Telegraph international business editor, Ambrose Evans-Pritchard has penned an empassioned piece in today’s newspaper in which he describes the move toward a federalized union in Europe as “fiscal fascism”, comparing it to “the Gold Bloc fallacy of Continental Europe from 1931 to 1936, the policy that led to Bruning’s destruction of Weimar.”

“Just when you thought the EU could not go any further down the road towards authoritarian excess, it gets worse.” Evans-Pritchard writes.

“Fonctionnaires and EU finance ministers will pass judgement on the British (or Dutch, or Danish, or French) budgets before the elected bodies of these ancient and sovereign nations have seen the proposals. Did we not we not fight the English Civil War and kill a king over such a prerogative?” he continues.

“Yet again we are discovering the trick played on our democracies by Europe’s insiders when they charged ahead with EMU, brushing aside warnings by their own staff economists that monetary union was unworkable without fiscal union.” Evans-Pritchard notes, adding that the European elites behind the EU single currency knew that it would eventually lead to a crisis they could use to “force sovereign parliaments to submit to demands that they would never otherwise accept.”

“The enterprise has become illegitimate – it is starting to exhibit the reflexes of tyranny.” Evans-Pritchard concludes.