The dollar plunged today following a United Nations report which called for the greenback to be replaced as the global reserve currency by the International Monetary Fund’s special drawing rights (SDRs). 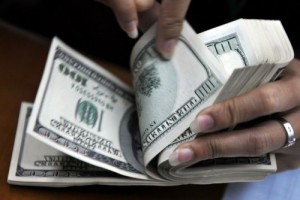 The dollar’s trend of moving inversely to the stock market has seemingly been snapped, with the Dow Jones falling over 100 points at one stage today. However, as soon as markets began to claw back losses, the greenback failed to follow suit, indicating that whichever way markets move, the dollar is in big trouble.

The UN report called for “abandoning the U.S. dollar as the main global reserve currency, saying it has been unable to safeguard value,” according to Reuters.

“A new global reserve system could be created, one that no longer relies on the United States dollar as the single major reserve currency,” stated the report, adding that this new system should not be based on a basket of currencies, but on IMF-controlled SDR’s.

Following globalist moves to restore confidence in the single currency euro in the aftermath of the Bilderberg and G20 meetings, the concern has shifted from sovereign debt issues of countries like Greece and Spain, to the worsening state of the U.S. economy and the risk of a double-dip recession.

In the immediate aftermath of the 2010 Bilderberg meeting in Spain, at which globalists resolved to save the euro from collapse in an effort to restore confidence in their ultimate goal of a global single currency, the euro began to make a recovery and today rose against the dollar by over 1.5 per cent.

“Jobless claims were a disaster, coming in at 472k, on expectations of 455k,” reports Zero Hedge. “The economy has now entered the “total freefall” area”.

The dollar is being targeted for destruction because the financial terrorists who caused the economic collapse in the first place want to exploit the crisis in order to institute a new global currency issued by a global central bank.

In May, IMF chief Dominique Strauss-Kahn told elitists in Zurich Switzerland that the introduction of a global currency backed by a global central bank would act as the “lender of last resort” in the event of a severe economic crisis, another lurch towards fascist centralization of power in pursuit of a system of global governance.

“This is as big as World War I or World War II,” Alex Jones warns. “What is happening now is bigger than the banking takeover of 1913… it is a worldwide financial coup d’etat.”

As Gerald Celente explains in the clip below, all major currencies are doomed in the long term, which is why many European countries are beginning moves to revert back to their pre-euro denominations.