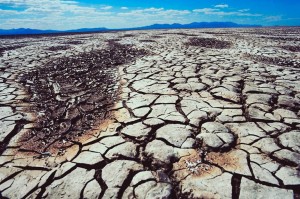 Since 2010, the UN Food and Agricultural Organization have stated that the rise in food prices is directly correlated to the 80 million people being added to the world’s population annually. This fact, according to the globalists at the UN, is beginning to “tax both the skills of farmers and the limits of the earth’s land and water resources.”
Added to this problem are the 3 million people who are “moving up the food chain” eating more than their share in gluttonous nations like the United States and China.
While New York Mayor Michael Bloomberg is announcing that the city plan to ban sugary beverages larger than 16 ounces to curb the waistlines of the average New Yorker, the rest of the world is wondering where their next meal may be coming from.

In the UK, the average person’s weight continues to dramatically increase with the use of high fructose corn syrup, increased consumption of processed foods and a lethargic lifestyle. Their societal issues with food and weight are mirrored in America. And if compared to other nations, the problem remains the same. While some die of starvation, others are dying from over consumption. Both the degenerative quality of the food being sold in the developed world and the lack of food in the under-developed nations are causational to the same end – population reduction.

To keep up appearances, the mainstream media will dole out ludicrous studies such as one published last month that reported men who are stressed find heavier women more attractive. Instead of facing the health problems brought on by an industry that is designed to deplete the human body of nutrition thereby causing disease and early death, the MSM would have the American public considering their burgeoning waistlines as trendy. Meanwhile, the quest to become anorexic-esque thin is still en vogue and sought after – ever leaving the average American confused about their self-image.

Perhaps a portion of the problem facing Americans and their eating habits stems from the use of chemically enhanced food such as chocolate that is prescribed as a mood-stabilizing drug. The brain manipulation by way of chemical inhibitors comes from the use of valproic acid that acts as an anti-depressant; calming moods and other related psychiatric conditions.

Pointing out the US investment in ethanol is a drain on the world’s food stores; which allocates massive amounts of food to the production of this plant-based fuel for cars.

The World Bank issued a statement of concern last month for the coming food shortage due to the drought devastating the US and Europe. According to Jim Yong Kim, World Bank group president: “Food prices rose again sharply threatening the health and well-being of millions of people. Africa and the Middle East are particularly vulnerable, but so are people in other countries where the prices of grains have gone up abruptly.

Because of the drought, Obama offered , through the USDA, to purchase $170 million in pork, chicken, lamb and catfish to stave off some of the financial burden of American farmers. The White House announced the use of this food in food-aid programs.

Water resources are directly tied to global food supplies. As more of the planet’s water is securitized by private corporations and governments, some globalists suggest that the world’s population may have to become vegetarian in order to survive.

Malik Falkenmark and colleagues at the Stockholm International Water Institute (SIWI) are responsible for a report that explains “there will not be enough water available on current croplands to produce food for the expected 9 billion population in 2050 if we follow current trends and changes towards diets common in western nations.”

The UN and Oxfam are warning nations that the scarcity of water will limit food production dramatically and cause another food crisis. Oxfam is predicting food prices to rise incredibly in developed nations.

The globalist answer to the problem: by adopting a global vegetarian diet, the world’s water supplies will be saved and the erratic weather evidenced by the man-made climate change myth will simply disappear. Miraculously, third world nations would have the arable land to feed their populations which would increase trade and food surplus.

In April, S. Matthew Laio, bioethics professor at New York University proposed that the masses take a pill that would cause nausea when a person ate meat. This would eventually create a lasting aversion to meat-eating.

Laio had other ideas, like using genetic engineering or hormone therapy to birth smaller babies that would be less resource-intensive throughout their lifetime. Larger people consume more food and energy over their life. Smaller people consume less. Liao believes that human engineering would liberate a family to choose from two medium sized children or three small sized children. Or they could choose one large child. The choice is theirs.

This bioethics professor also thinks very highly of China’s one child policy (that was first instituted by Mao, modeled after Henry Kissinger’s work) and Britain’s advocators of a two-child maximum.

Competition for water will be the next Great War. The International Water Management Institute (IWMI) claims that food security in Southeast Asia and the sub-Saharan Africa will be protected by investing in small pumps because the world depends on their success.

The World Bank and the UN Population Fund have issued ultimatums (referred to as guidelines) to under-developed nations to either implement their plans for population reduction, or be withdrawn from the international community.

According to the UN’s Reproductive Health Action Plan 2010-2015 , adherence to the UN’s Millennium Development Goal number 5 is an imperative. This goal calls for a 75% reduction in maternal mortality and universal access to reproductive health by 2015.

Melinda Gates, at the recent London Family Planning Summit held in July, spoke of preventing 40% of unwanted births in under-developed nations like Africa and India to reduce the world’s human population growth significantly.

Population stabilization , the true meaning behind family planning is evident in the World Bank and UN Population Fund’s push against sovereign nations to reduce their populations by rule of the “global consensus” which dictates human rights policy by deeming some fit to live and others not.

Based on the Rockefeller Commission report, population stabilization is an endeavor worth pursuing, although its success would take decades because of the high incidents of reproduction by marriage. However, with the destruction of the family, this problem could be solved. Furthermore, the stabilization of the global population would reallocate resources to be better spent in terms of quality versus quantity.

Concluding that the best way to achieve population stabilization is to coerce the nation’s citizens that they freely choose abortion and not having a child at all as part of an acceptable societal norm. By way of implementation of social barrier and cultural pressures, the average citizen would rather go with the flow and chose not to procreate for the sake of being part of the herd.

Simultaneously, by reforming the acceptable amount of children born into a married house-hold, the impact on population growth would seem to be natural. And trends would take care of social conformity. Those who had more children would be shunned.

Increasing access to abortion clinics with the inception and popularity of Planned Parenthood would give unacceptable pregnancies a viable solution. This would distract and control another Baby Boom from occurring.

Using images on television, film and print media to control the ideals of the modern family to fit the model of a population stabilized by no longer being plagued with “run-a-way” births; but focusing on the example of small-families as the best way to go.

Last month, eugenicists, Alberto Giubilini and Francesca Minerva proposed after-birth abortion for infants up to age 2 as they are a “threat” to their parents and society because of the drain on resources, time and energy expended to care for them. Giubilini and Minerva continued on to say that “merely being human is not in itself a reason for ascribing someone a right to life. Indeed, many humans are not considered subjects of a right to life.”

Droughts, lack of access to nutritional food and an agenda of the global Elite to reduce the population are not conspiracy theories. Simply look at the data, the evidence being played out in real time and their own publications where these concepts are outlined for implementation. They all connect together to form the basis of the 90% human population reduction that is necessary for the global Elite to control the world’s population as feudal serfs and slaves to Global Governance.