The 2010 Bilderberg agenda has been revealed by veteran Bilderberg sleuth Jim Tucker and it paints a picture of crisis for the globalists, who are furious at the increased exposure their gatherings have received in recent years, as well as being dismayed at their failure to rescue both the euro and the failing carbon tax agenda, but more alarmingly according to Tucker, the majority of Bilderberg members are now in favor of military air strikes on Iran. 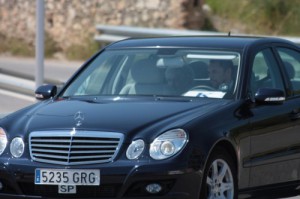 American Free Press muckraker Tucker has proven routinely accurate with the information he obtains from sources inside Bilderberg, which makes this year’s revelations all the more intriguing.

According to Tucker, Bilderberg luminaries are dismayed at the fact that “many important people” are not attending this year because, due to increasing exposure, invitees are “getting in trouble at home” and constituents are embarrassing them by asking irate questions such as “what are you doing with these monsters?”

“All these people are exposing us, we get all this mail and calls,” Tucker paraphrased Bilderberg members as complaining.

This dovetails with the revelations overheard by Guardian journalist Charlie Skelton at the Hotel Dolce Sitges before the meeting began when he heard conference organizers lamenting the fact that protest numbers are growing at Bilderberg events each year and that they represent a “threat” to Bilderberg’s agenda.

In addition, prominent Bilderberg Zbigniew Brzezinski, the man who warned recently that a “global political awakening” was threatening to derail the move towards global government, was expected to be in attendance at this year’s meeting.

Tucker named his source as an international financial consultant who personally knows Bilderberg members and has done business with them for the past 20 years.

Turning to Iran, Tucker said that many Bilderberg members, including Brzezinski, were in favor of U.S. air strikes on Iran and were “leaning towards war,” although 100 per cent of members were not supportive of an attack.

“Some of them in Europe are saying no we shouldn’t do it but most of them are in favor of American air strikes on Iran,” said Tucker, adding, “They’re tilting heavily towards green lighting a U.S. attack on Iran.”

An attack on Iran would provide a welcome distraction to the globalists’ failings in other areas and would also allow them to war profiteer, pointed out Tucker.

On the subject of the euro, Tucker said that the Bilderberg elitists were determined to save the single currency even as it collapsed to a new 4-year-low at $1.19 against the dollar yesterday afternoon. As we have highlighted, the globalists are panicking at the euro’s fall and the ECB keeps intervening to try and hasten its decline. If the euro were to cease to exist, it would all but derail the ultimate agenda for a global currency because the perceived stability of using one currency for a plethora of nations would be discredited.

“The euro is important because it’s part of their world government program, they’re very downbeat because they’ve fallen so far behind,” said Tucker, explaining that the globalists had planned by now to have the European Union, the American Union and the Asia-Pacific Union already up and running.

With regard to the climate change agenda, on which subject Microsoft founder Bill Gates was personally invited to the conference to discuss, Tucker said that Bilderberg were still intent on pushing it in pursuit of a carbon tax despite the fact that the whole move was massively eviscerated in the aftermath of the Climategate scandal.

Tucker quoted one Bilderberg member as all but admitting defeat on the mission to hoodwink the public into paying taxes in the name of fighting global warming.

“On climate change, we’re about whipped,” said one of the elitists in attendance.

However, Tucker said that the globalists were working on putting out more climate change propaganda “even as we speak”.

On the issue of the BP oil spill, the Bilderbergers made it clear that President Obama’s apparent “outrage” at BP and his threat of criminal procedures against the company was an little more than an act and that British Petroleum, who have been represented at Bilderberg meetings in the past by people like Peter Sutherland, former non-executive chairman of BP, were still “one of our brothers,” according to the elitists.

The future of oil prices are always an important topic to Bilderberg and the leaks Tucker and other investigators relayed from previous Bilderberg meetings were proven accurate when oil prices hit $150 a barrel in 2008, which was precisely what Bilderberg had called for.

“Gas prices are going to be nice and cheap this summer,” said Tucker, adding that they would start to rise again to the $4 a gallon level around November when artificial scarcity is created.

On the march towards anti-democratic global government, Bilderberg members stated that America must be “Europeanized” and turned into a giant socialist welfare state with health rationing and higher income taxes.

Tucker said hat Bilderberg were intent on mandating a bank tax paid directly to the IMF to fund global governance and a global treasury department under the IMF, and that this would then merely be passed on to the consumer.

In summary, Tucker said that this year’s conference was the most downbeat and pessimistic Bilderberg meeting in history, with massive exposure of their agenda acting as a roadblock to the ultimate goal of an authoritarian world government run by the elite, for the elite.

Watch the interview with Tucker below.