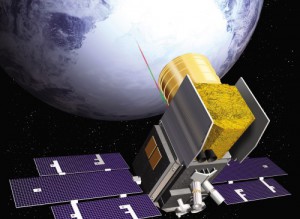 When it was announced several years ago that spy satellites would be used domestically, the excuse was that they were a necessary tool to fight the “war on terror” and illegal immigration. However, now that the use of such technology is becoming commonplace, it is in fact being deployed mainly to harass citizens who haven’t followed local ordinances on swimming pools or paid local back taxes.

This CNN video from several years ago, which has received fresh attention over the last few days, discusses the use of GPS satellite technology in the context of fighting terrorists, protecting borders and critical infrastructure, as the former DHS Assistant Secretary states that Americans should have “pride” in their domestic deployment.

However, some five years later, spy satellites are actually being used as tools of intimidation to scare people who owe back taxes, people who haven’t followed local ordinances on swimming pools, and a myriad of other petty transgressions.

As we reported earlier this month, aerial imaging technology is being used by the government to spy on Americans in an effort to collect revenue and enforce ordinances on swimming pools without safety certificates and junk cars being stored without permission, as the state completely violates the Fourth Amendment to suck citizens dry of whatever disposable income they have left as the economy enters a double dip recession.

The most chilling example of how authorities are abusing spy satellites is this Pittsburgh Department of Revenue ad, which uses the technology to intimidate residents into paying back taxes by threatening them with the big brother tool while claiming, “We do know who you are”.

From RFID tagging school children and surreptitiously taking the blood of newborn babies to be included in a government DNA database to airport naked body scanners and warrantless checkpoints cropping up around the country, the government has stepped up its efforts to impose a high-tech surveillance and control grid on the American people.

Prior to the anointment of Barry Obama to the presidency, we were told government would suddenly become transparent. Instead, the policies escalated under Bush have continued. The Obama administration has taken the snoop grid to the next level with his plan to allow the NSA snoop computer traffic on private-sector networks. Congress is ready to hand him the authority to shut down the internet.

It should be obvious to all who pay attention that the encroaching surveillance grid is not about saving us from al-Qaeda or medieval Muslims in remote caves, but is designed to be used to track and ultimately control the movement and thus liberty of the American people.