According to the National Association of Manufacturers, there is a dire shortage of skilled production workers in the United States. 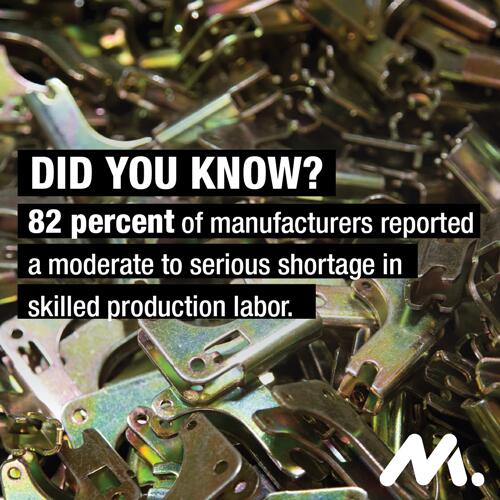 We need access to workers with the skills that will allow American #manufacturers to grow & succeed. #MFGimmigration

Earlier this year, Robert J. Samuelson took to the pages of the Washington Post to explain this troublesome phenomenon. He cited a number of economists and other experts who offered a variety of explanations. He concluded there is not a shortage of skilled workers. Here’s another motive: corporations are “outsourcing,” that is to say they prefer to pay dismally compensated wage slaves in China to crank out our kitchenware and Indian programmers to write apps for our smartphones.

Transnational corporations have exploited the bankster contrived economic “downturn” (a polite word for depression) to “outsource” even more skilled labor jobs to the third world, as a chart from 2009 revealed.

Corporations cite a lack of skilled labor as the excuse for shipping jobs overseas, but this is balderdash.

The National Association of Manufacturers doesn’t really think the average American is an unskilled sloth. It believes you’re paid too much and your standard of living is too high. It’s time for a playing field level with Vietnam where a worker with a bachelor’s degree earns around $10,000 per year.

Instead of going to Vietnam and China, however, a different paradigm has arisen over the last few years – transnational corporations want to change the immigration laws in the United States and ship in millions of workers from the third world.

“Reform of U.S. immigration law regarding legal immigrants is essential to the nation’s competitiveness,” explains the National Association of Manufacturers. “Such reform should include fundamental changes in the method of determining the number of employment-based visas, creating a system with an emphasis on market demands.