Final nail in the political coffin of a one-term President 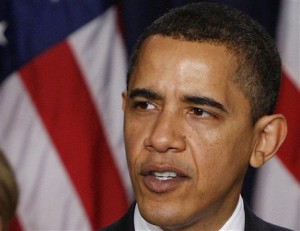 With President Barack Obama’s political dynasty already on life support, his decision to publicly back the hugely unpopular building of a Muslim mosque near Ground Zero confirms that Obama, or rather the advisors that pull his strings, have decided to commit political suicide and cut him loose from the Washington power structure, with the hope of fooling Americans with another establishment Republican as a legitimate alternative in 2012.

This issue isn’t about whether you believe the official story that 19 Muslims carried out 9/11, nor is it really about whether or not a mosque should be built near Ground Zero.

Constitutionally speaking of course, the government has no business whatsoever interfering in religion or private property rights under the First Amendment, which states, “Congress shall make no law respecting an establishment of religion, or prohibiting the free exercise thereof; or abridging the freedom of speech, or of the press; or the right of the people peaceably to assemble, and to petition the Government for a redress of grievances.” 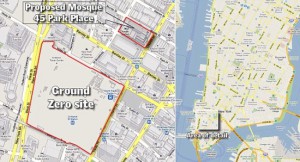 However, the important facet of this issue is not really about the rights and wrongs of the mosque, it’s about Obama politically choosing to lend support to something that he knows full well is vitriolically opposed by the vast majority of Americans.

Obama decided to throw has hat in the ring with a mere 20 per cent of Americans who support building the mosque, which is just a stone’s throw away from where the twin towers once stood. A CNN poll found 68 per cent of Americans oppose the idea. Whoever advised him to make this call, or whether Obama chose to do so himself, they had to be aware that coming down on the wrong side of such a hugely sensitive issue was an act of political hara-kiri.

Even Harry Reid, one of the most liberal representatives in the Senate, broke ranks with Obama in stating it was, “very obvious that the mosque should be built someplace else”.

The consequences of the decision, irrespective of any amount of backtracking, are clear, as Politico’s Roger Simon points out today, Obama will be a one-term President – if he even lasts that long.

Obama’s public support for the building of the mosque will only serve to embolden the significant and furious hardcore of Americans who believe that Obama is a secret Muslim on a mission to purge America of its Christian foundation. In reality, Obama is a servant of the elite and a Wall Street yes man, who now that his manufactured “change” corporate marketing brand has been popped, serves no purpose whatsoever to his globalist masters, who have obviously made the decision to sacrifice him politically in the hope that their wider agenda can be rescued.

Obama has to be extricated from the big government globalist agenda because he has become its poster child. Obama’s approval ratings have sunk to record lows in record time, and the jig is up. If the Democrats cannot separate themselves from the widely rejected Brand Obama, then they could be out of power for decades. Of course, in the wider scheme of things, the globalists will just offer up another establishment Republican as the solution to the devastation the Obama administration has wrought, which is exactly why Barry Soetoro is now being discredited and politically destroyed.

The only remaining salvation for Obama’s political career and his hopes of still being in the White House come January 2013 hinge on whether Israel will launch an attack on Iran, which many are now saying is imminent and could even happen within the next eight days.

Having A Supply Of Healthy Foods That Last Just Makes Sense

Should Obama lend full American support to such an offensive, he will likely placate many of those on the right who are so upset about the building of the mosque. A war with Iran will wipe the mosque controversy off the front pages in an instant, and it may also give Obama the political capital to rebuild Americans’ faith in his leadership. Of course, the fact that it could also set off world war three is not seen as a major concern for the globalists.

However, absent such a mitigating factor, it is obvious that in expressing support for the highly unpopular mosque, Obama is knowingly falling on his sword, and may even be preparing to resign before the 2012 election as Roger Simon alludes to in his article.

The most obvious outcome however still remains that Obama will be so hated and discredited by 2012 that the Republicans could run almost anyone against him in the next election and be guaranteed victory, ensuring that Americans will once again be punished with another elitist water carrier for the new world order agenda, unless a political revolution occurs and they rally behind a genuine Constitutionalist like Congressman Ron Paul.