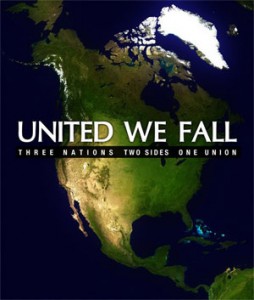 United We Fall, a documentary by Bryan Law and Dan Dicks, breaks down the North American Union and how “free trade” agreements between the United States, Canada, and Mexico are impoverishing people and stripping away national sovereignty.

The North American Union is often dismissed by the corporate media and academics as a baseless conspiracy theory. United We Fall documents in detail its existence and beginnings under the direction of the renowned globalist David Rockefeller in the mid-60s with the establishment of the Council of the Americas.

The documentary covers the establishment of the European Union, the creation of the euro, and the concept of a world monetary system under the control of central bankers. The Federal Reserve system is explored. “This whole New World Order ideation is a bunch of banking and intellectual elites that basically see the same sort of mentality. Control of the economy, control of the issuance of currency, you control the nation,” explains medical doctor and neuroscientist Andrew Moulde in the film.

Law and Dick counterpoint the engineers and apologists for a North American Union — who routinely discount the “conspiracy” of any such union — with informed critics who spell out in chilling detail how the elite are methodically working to foist their dream of world government on the people of the planet. United We Fall also covers the secretive Bilderbergers — consisting of presidents, prime ministers, international bankers — and their ongoing plot to establish world government.

United We Fall can now be viewed by Prison Planet.tv subscribers in high quality streaming video. If you are not a PP.tv subscriber, join today to see this important film and dozens of others. Members also get to watch the Alex Jones Show and periodic special reports.