The United States has collapsed economically, socially, politically, legally, constitutionally, and environmentally. The country that exists today is not even a shell of the country into which I was born. In this article I will deal with America’s economic collapse. In subsequent articles, i will deal with other aspects of American collapse. 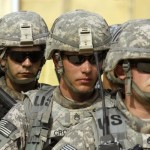 Economically, America has descended into poverty. As Peter Edelman says, “Low-wage work is pandemic.” Today in “freedom and democracy” America, “the world’s only superpower,” one fourth of the work force is employed in jobs that pay less than $22,000, the poverty line for a family of four. Some of these lowly-paid persons are young college graduates, burdened by education loans, who share housing with three or four others in the same desperate situation. Other of these persons are single parents only one medical problem or lost job away from homelessness.

Others might be Ph.D.s teaching at universities as adjunct professors for $10,000 per year or less. Education is still touted as the way out of poverty, but increasingly is a path into poverty or into enlistments into the military services.

Edelman, who studies these issues, reports that 20.5 million Americans have incomes less than $9,500 per year, which is half of the poverty definition for a family of three.

In my opinion as an economist, the official poverty line is long out of date. The prospect of three people living on $19,000 per year is farfetched. Considering the prices of rent, electricity, water, bread and fast food, one person cannot live in the US on $6,333.33 per year. In Thailand, perhaps, until the dollar collapses, it might be done, but not in the US.

As Dan Ariely (Duke University) and Mike Norton (Harvard University) have shown empirically, 40% of the US population, the 40% less well off, own 0.3%, that is, three-tenths of one percent, of America’s personal wealth. Who owns the other 99.7%? The top 20% have 84% of the country’s wealth. Those Americans in the third and fourth quintiles–essentially America’s middle class–have only 15.7% of the nation’s wealth. Such an unequal distribution of income is unprecedented in the economically developed world.

In my day, confronted with such disparity in the distribution of income and wealth, a disparity that obviously poses a dramatic problem for economic policy, political stability, and the macro management of the economy, Democrats would have demanded corrections, and Republicans would have reluctantly agreed.

But not today. Both political parties whore for money.

The Republicans believe that the suffering of poor Americans is not helping the rich enough. Paul Ryan and Mitt Romney are committed to abolishing every program that addresses needs of what Republicans deride as “useless eaters.”

The “useless eaters” are the working poor and the former middle class whose jobs were offshored so that corporate executives could receive multi-millions of dollars in performance pay compensation and their shareholders could make millions of dollars on capital gains. While a handful of executives enjoy yachts and Playboy playmates, tens of millions of Americans barely get by.

In political propaganda, the “useless eaters” are not merely a burden on society and the rich. They are leeches who force honest taxpayers to pay for their many hours of comfortable leisure enjoying life, watching sports events, and fishing in trout streams, while they push around their belongings in grocery baskets or sell their bodies for the next MacDonald burger.

The concentration of wealth and power in the US today is far beyond anything my graduate economic professors could image in the 1960s. At four of the world’s best universities that I attended, the opinion was that competition in the free market would prevent great disparities in the distribution of income and wealth. As I was to learn, this belief was based on an ideology, not on reality.

Congress, acting on this erroneous belief in free market perfection, deregulated the US economy in order to create a free market. The immediate consequence was resort to every previous illegal action to monopolize, to commit financial and other fraud, to destroy the productive basis of American consumer incomes, and to redirect income and wealth to the one percent.

The “democratic” Clinton administration, like the Bush and Obama administrations, was suborned by free market ideology. The Clinton sell-outs to Big Money essentially abolished Aid to Families with Dependent Children. But this sell-out of struggling Americans was not enough to satisfy the Republican Party. Mitt Romney and Paul Ryan want to cut or abolish every program that cushions poverty-stricken Americans from starvation and homelessness.

Republicans claim that the only reason Americans are in need is because the government uses taxpayers’ money to subsidize Americans who are unwilling to work. As Republicans see it, while we hard-workers sacrifice our leisure and time with our families, the welfare rabble enjoy the leisure that our tax dollars provide them.

This cock-eyed belief, on top of corporate CEOs maximizing their incomes by offshoring the middle class jobs of millions of Americans, has left Americans in poverty and cities, counties, states, and the federal government without a tax base, resulting in bankruptcies at the state and local level and massive budget deficits at the federal level that threaten the value of the dollar and its role as reserve currency.

The economic destruction of America benefited the mega-rich with multi-billions of dollars with which to enjoy life and its high-priced accompaniments wherever the mega-rich wish. Meanwhile, away from the French Rivera, Homeland Security is collecting sufficient ammunition to keep dispossessed Americans under control.

Dr. Paul Craig Roberts is the father of Reaganomics and the former head of policy at the Department of Treasury. He is a columnist and was previously the editor of the Wall Street Journal. His latest book, “How the Economy Was Lost: The War of the Worlds,” details why America is disintegrating.